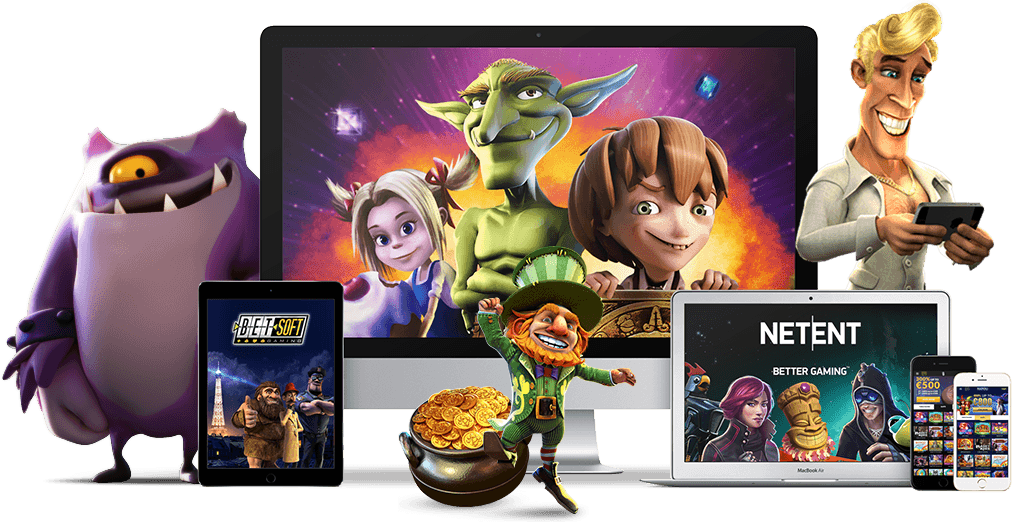 Most players will agree that NetEnt slots are the most popular, and a lot of players play exclusively NetEnt titles. There are other quality developers, and in this article, we’ll cover one of them that started releasing excellent slots and see how they compare to NetEnt.

This is one area in which Betsoft actually has the upper hand. If you look at the list of Betsoft slots you’ll see there are many that have theoretical return to player (RTP) over 97%, and the latest release, Quest to the West, has RTP of whopping 97.53%.

NetEnt isn’t coming close to those numbers. They do have a few high-payout slots such as Blood Suckers, but this isn’t a regular occurrence. It has been noted recently that NetEnt are trying to improve their overall profitability as a company, and as a result their RTP regularly stays above 96% but below 97%. This isn’t necessarily a bad thing as RTP is just one of the elements of a quality slot game, but there’s no denying that Betsoft is much better in this aspect. As in, you get better value for your money when you play a Betsoft slot.

NetEnt slots are known for their low-to-mid variance and they probably owe their popularity to this warm and fuzzy feeling players get that they can’t lose money on a NetEnt slot. These games play without any adrenaline, as they reward the player constantly with small wins and bonus features that don’t bring life-changing wins. The most popular NetEnt slot ever, Starburst, has low variance.

Betsoft isn’t a producer of high-risk slots either, they also stay in the medium variance range, but never as low as NetEnt. There are Betsoft slots with tons of win potential and high variance, such as Tiger’s Claw or Back to Venus.

Both developers excel when it comes to bonus features, as they make sure the bonus feature is innovative and related to the game. There are hardly any simple bonus features in NetEnt and Betsoft slots, and it’s difficult to say which is better. It will likely come down to player preference, but if you like NetEnt slots for their bonus features you will also love Betsoft.

There is no slot game developer in the world that can match the sheer production quality of NetEnt. Their slots are beautiful, no two games look alike, and yet there is that instant familiarity feeling when you see any NetEnt slot.

Betsoft have increased their efforts of late and stopped producing slots that had that recognizable Betsoft graphical look. The new ones, released in 2019 and 2020, look way better. We dare to say, they look almost like NetEnt slots. NetEnt is still way better in wrapping the entire game together, but Betsoft is coming close.

Players who love NetEnt will love NetEnt, probably because of the low variance and excellent graphics. Betsoft is actually a similar developer, but with a bit more edge when it comes to delivering big wins. So, if any NetEnt fans want to unlock a whole new portfolio of slots, consider Betsoft.